When dealing with movies (if you are a conservative) one of your biggest questions I'm sure is, why does Hollywood not make family focused movies or conservative movies anymore? We all know that Hollywood has indeed taken a very, very sharp turn to the left and in most cases most movies coming out of Hollywood are not even worth your time; but it has not always been that way! and even today, that is not always the case. The problem mostly lies in "finding movies" that actually you, your family and friends would like to watch, weather they are new or older movies, one never knows what to expect. Another big problem facing us conservatives when finding good movies finds us when researching a movie to see if it is something worth considering. What do we do then? turn to the internet for a movie review only to find that most movie reviewing websites are a big bunch of leftists as well. What a big head ache!! Most of the time, it all gets us either discouraged and decide to drop the movie night idea altogether or we just settle for whatever Hollywood puts before us.. Well, not anymore... We finally got tired of this and decided to start the first ever totally conservative movie reviews website! and now with the blog we will keep you up to date with posting, news, and everything in between from a conservative perspective. Here you will see our values of love of God, Country and Family in full display. Subscribe now! Just click on the orange button now!

A Tale of Two Cities Movie and Film Reviews

Air Force One Review, movie reviews. air force one is one of the best action and adventure movies ever. As the United States president (harrison ford) fights and defeats a terrorist attack the price of freedom is clearly portroyed

Animation Movies, Cartoon movies everyone can enjoy, animated films and movie reviews for you and your family entertainment

Apollo 13 movie review, space travel is just amazing but when astronauts get in trouble and brought into the big screen it can be even more amazing. Tom Hanks stars in this film - drama movies

Armageddon review. Film reviews, prepare yourself for the end of the world unless the Americans (led by nasa and bruce willis) come to the rescue!! Sci-fi movies review.

Battle of the Bulge Movie Review, DVD and film Reviews

Battle of the Bulge Review, the story of nazi germany as portrayed by henry fonda, war movies and world war 2 movies reviewed and rated dvd

Behind Enemy Lines, navy pilot (Owen Wilson) struggles to get himself to safety. Gene Hackman also stars on this thriller, war movies and dvd review

Biography Movies Review. Go into the lives of the men and women who shaped history. historical movie, conservative people. Historical films reviewed from a family point of view and arranged in a chronological order. Best biographies, famous biographies and other history movies

Best Biopic Ever and Biography Movies

The Very Best Biopic. Find it along with your favorite biography movies, go into the lives of the men and women who shaped history through films. historical movie and conservative people 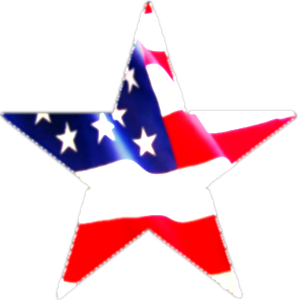 Bobby Jones, stroke of genius wins the u s open in this sport movie. Jim Caviezel stars in this film, family movie reviews