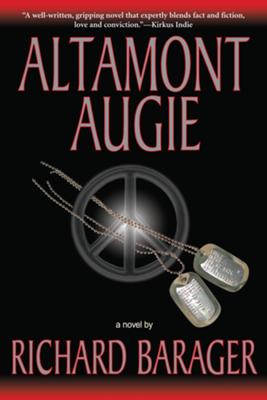 “Politics is downstream from culture,” he insightfully argued.

I couldn’t agree more!
Which is one of the reasons I wrote "Altamont Augie," a novel of the 1960s concerned with the choice between nihilism and tradition that all free societies eventually must confront.

One of the testimonials for this title was given by the conservative pundit—and former Sixties radical—David Horowitz, who had this to say about it:

“Richard Barager has written The novel of the Sixties–a passion-filled, pitch-perfect, roller coaster of a tale about the decade that divides us all.

In Altamont Augie he recaptures this regrettable but bewitching era, and captures it all—the sex, drugs and rock ‘n roll, the war abroad and the war at home, the struggle for a nation’s soul. Only this time the moral compass is set right.

Everyone who remembers or has thought about the Sixties and its destructive generation will want to read this impressive, wise and compelling book.”—David Horowitz

Mr. Horowitz so believes in this story that he is currently selling Altamont Augie out of his website’s online bookstore, the only work of fiction in his store's collection.

Here's an excerpt from "Booklist's" review of my novel:

"The drowning death of an unidentified man at the infamously violent 1969 Altamont free concert sets the stage for first novelist Barager's dynamic, passionate, often moving exploration of the turbulent and politically divided 1960s...

When a young screenwriter goes searching for the dead man's identity, he tumbles headlong into the story of a fraught love triangle between Jackie Lundquist and two men who epitomize the conflicting ideologies that shaped the decade, New Left revolutionary Kyle Levy and David Noble, a conservative Vietnam veteran...

And while his praise of the conservative movement may strike some as being too rosy, the portrayal of the hypocrisy, privilege, and blood-lust that drove many leftist movements of the time is striking...

Politics is downstream from culture, and for conservatism to flourish in an enduring way, it must establish a creative voice in the areas of film, music, art, and literature.

"Altamont Augie," a work of historical fiction sympathetic to a conservative worldview, advances that cause. This book should be catnip for your intellectual conservative audience.

Here's how to purchase.