That's Crap and You Know It 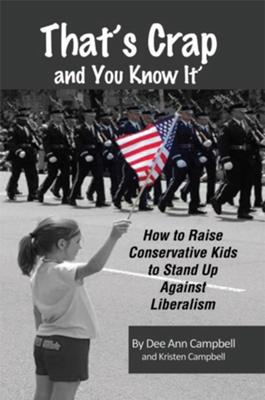 That's Crap and You Know It:
How to Raise Conservative Kids
to Stand Up Against Liberalism 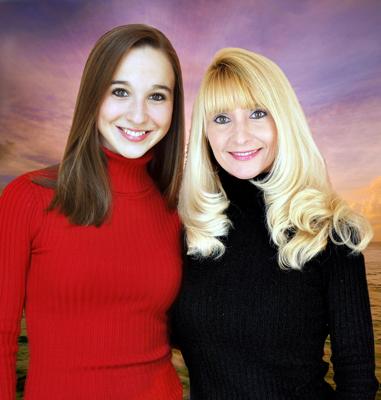 That's Crap and You Know It: How to Raise Conservative Kids to Stand Up Against Liberalism

The agenda of the liberal left is vast and powerful, and it is swaying the hearts and minds of the younger generations.

But it’s crap, and we all know it.

Yet what are we as conservative doing to keep them from stealing the minds of our children, and are we aware of the dire consequences if we don’t?

In 2008, young voters flocked to the liberal side in unprecedented numbers, swayed by the fluffy feel-good speeches of those whose words sounded lofty, yet whose real agenda was hidden in the fluff.

Many of those young voters were products of conservative parents and grandparents. Yet they didn’t stand up for the values of their families.

Perhaps it’s because their conservative parents never really told them what they believe in, why they believe it, and how to stand up for it.

Perhaps their parents never instilled within them the fact that they have license to speak up, to speak out, and to carry their values to the ballot box, to the college classroom, and even to the courthouse square.

It’s time we changed that.

"That’s Crap and You Know It: How to Raise Conservative Kids to Stand Against Liberalism", written by Alabama journalist Dee Ann Campbell and her daughter Kristen, is a challenge to conservative parents to become active and aggressive in raising their children to carry the conservative torch into the future. The book sets down proven ways to raise kids who are certain and outspoken about their conservative beliefs.

The book challenges parents to promote political involvement within their kids, to model conservatism in front of them, to teach them to use their voices in the ballot box and on the courthouse square, and to know the truth about our American history, our Christian heritage, and the conservative principles that have made our nation the greatest on earth.

It is a call for parents to empower their kids, to give them the tools to stand strong – even when the liberal world tries to silence them with lies, name-calling, and an agenda that is vast and powerful.

As managing editor of one of the largest weekly newspapers in Alabama, The Choctaw Sun-Advocate, Campbell, 47, has earned more than 30 awards from the Alabama Press Association in the past five years, including awards for Freedom of Information reporting, education coverage, editorial writing, public service efforts, and in-depth reporting.

Kristen Campbell is a sophomore at the University of Alabama where she is majoring in journalism and pre-law.

An accomplished student journalist in her own right, she has been an outspoken advocate for conservatism in her high school, her community, and now her university.
Her accomplishments include a long list of academic awards, including awards for editorials and speech-writing, as well as local, regional, and state public speaking awards.

Her stand for conservative values has led to invitations to speak at political meetings, Tea Party rallies, and community events.

She is an active member of the college Republicans at the University and has worked on the political campaigns of Republican candidates in the region.

Both Dee Ann and Kristen are outspoken editorialists who regularly opine on a variety of conservative issues, from local to state to national.

Kristen’s work is presented as proof that the efforts of Campbell and her husband to raise her as an outspoken conservative have been successful.

The foreword of the book was written by Tea Party spokesman and nationally-known conservative voice Lloyd Marcus, who offers his strong support for the Campbells’ work.