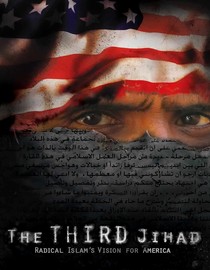 I just finished watching The Third Jihad and was really and pleasantly surprised with this documentary about the real threat of Islam not only to America but to the rest of the world.

The documentary does highlight the threat as it relates to American values and ideals.

A couple of big name people appear in this documentary, like Rudy Giuliani and Mark Steyn who make some of the most important points and, no doubt, brought a lot of credibility to a film I was skeptical about.

My Experience with Dr. Jasser

I was trying to find a movie to watch tonight when I saw The Third Jihad seemed real interesting so I pressed play.

The Documentary opens with the voice of Dr Zuhdi and soon he introduces himself and to my surprise, I quickly realized he had been my doctor when I was in Phoenix in 2005. A small world indeed.

My Take on Dr. Zuhdi

May be I am missing the point but, as I asked my wife, what is Dr. Jasser getting in return for making this great documentary?

Maybe there's someone out there who knows the answer to these questions.

I understand the freedom of religion aspect, but he did not seem real supportive of islam in any way.